I hope you had a fun and safe weekend full of laughter and good food. This weekend I found myself craving a bowl of cereal. Before I started Keto I had a bowl of cereal for breakfast just about every morning. It was always the perfect combo of sweet and crunchy.

So I decided that I would try and make a Keto friendly Cinnamon Toast crunch!!

Well my first attempt actually came out pretty great. There may be a time that I take another look at this recipe and revise it but for now it was good enough for me.

Here’s what you’ll need. (With links to the products I use.) 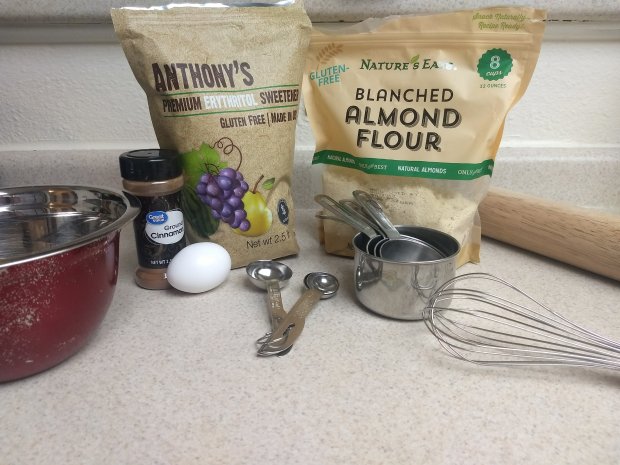 Now to put it together:

Step one: Turn oven to 350 to preheat. Mix the erythritol and cinnamon together for the topping. 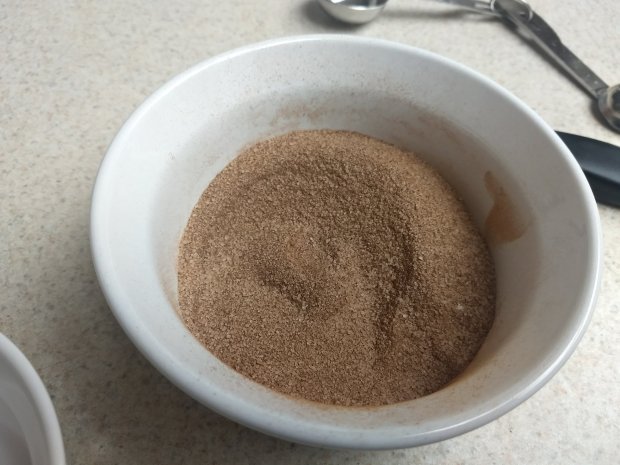 Step two: Whisk egg, cinnamon, and erythritol together
Step three: Mix in Almond flour, I use a baking spatula. Stir until a dough ball forms.
Step four: Place dough ball onto parchment paper and flatten it out some with your hands. I put a baking mat on the counter before parchment to keep it from sliding around.

Step five: Put another piece of parchment over the dough and roll it out. Be patient! Go slowly. I’d recommend flipping the dough and parchment sandwich from time to time. The bottom parchment will bunch up under the dough, this will cause the dough to crack. Be sure to roll it out very thin. About a cm thick if you can manage it. My first attempt I made them much too thick. It was a not hard to chew but just not the right texture.
Step six: Once the dough is rolled out cut it into small inch by inch squares or smaller. I went a little smaller but not consistently >_<. 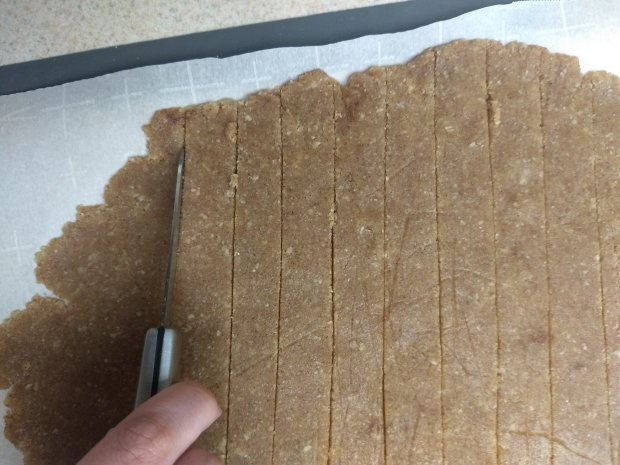 Step seven: Bake the squares for about 20 mins. Be sure to check on them after ten minutes. The Edges are likely to cook faster and should be taken off the tray to cool then put the rest back in.
Step eight: While the squares are still warm brush them with butter and sprinkle with the topping mixture. Flip and repeat on the other side. I found that sprinkling the cereal puts a better amount of topping on there rather than putting the butter brushed pieces directly into the mix. To me that was just too much.

Step nine: Enjoy! Start small though this gets very filling very fast. I recommend a cup or less of cereal with some unsweetened almond milk.

And there it is!! It was just what I needed to fight that very serious cereal craving! Have you guys tried any keto cereals? What did you try? Please let me know what you think and follow blog to stay up to date on all things crazy! Feel free to share this post everywhere! And Have a great day! Live Crazed all!